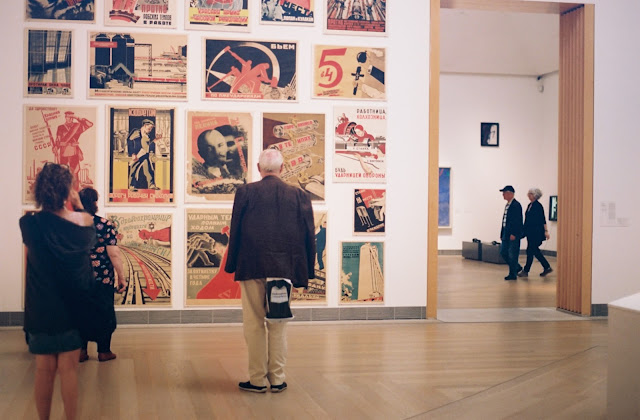 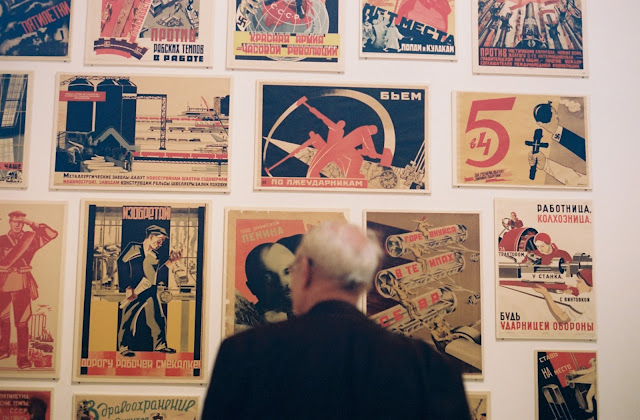 While my family went to shop at NK, I rode my rented bike to Moderna Museet, Stockholm's vast modern art museum. I walked by the propaganda room, my eyes drawn to the red, white and black on the wall. Also drawn to the posters was an old man. He became a museum piece to me. His age and his stillness captured my attention. His eyes took in posters about cleaning windows and women working,  anti-fascism and the Soviet peace policy, fighting against the Nazis. I love old men. I love their stories, which I so rarely heard as a kid. Two and a half grandpas, close to none. Their eyes hold history, and it's a shame I didn't get a look at his.